How to Recognize Sleep Apnea in Children 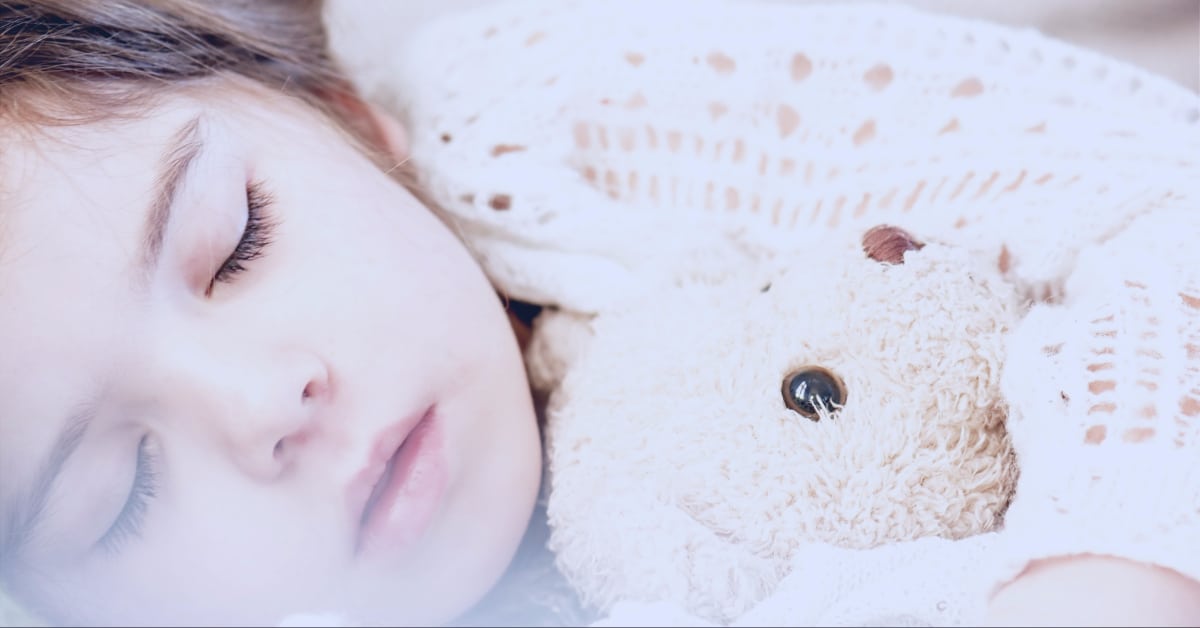 The affliction of sleep apnea is not exclusively an adulthood disorder, as many would believe. It is estimated that between 1 to 4 percent of children between the ages of 2 and 8 suffer from obstructive sleep apnea. What is more staggering is the effects that sleep apnea can have on a developing child. Recognition of the signs and symptoms of OSA in children is vital in deterring long term physical and behavioral damage.

As with all sleep disorders, the most common sign of possible sleep apnea in children is loud, persistent snoring. On average, 10% of children who snore are diagnosed with sleep apnea. This will also be followed by gasping, snorting, and awakenings as the airway is partially or fully blocked during sleep. You may also notice that your child tosses and turns throughout the night, consistently mouth breathes, and sweats during the night (caused by the struggle to breathe).

Other symptoms related to the lack of a full nights rest because of obstructive sleep apnea are drowsiness during the day, moodiness, and the inability to focus on academic studies. A child’s sleep is crucial to their development and frequent disruptions during the night can initiate poor behavior and limit physical abilities.

Children, who are overtired due to the lack of sleep, also display abnormal behavior such as hyperactivity and busy behavior as well. This behavior should be noted but does not clearly define that the child is suffering from obstructive sleep apnea.

Bed-wetting is yet another physical symptom of pediatric sleep apnea; however, this will also not be a defining absolute that the child has obstructive sleep apnea. Children that do suffer from the condition frequently wet the bed due to enuresis, where an increase of urine is produced in the nighttime.

All factors should be assessed and observed to fully diagnose obstructive sleep apnea in children.

Children can suffer from sleep apnea for varying reasons. These can include obesity, where fat deposits that reside in the throat cause the airway to narrow, enlarged tonsils and adenoids, which is most common in children, family history, medical conditions such as cerebral palsy and Down syndrome, as well as malformations of the mouth or jaw that may limit airflow.

A closer look at the relationship between obesity and obstructive sleep apnea, research conducted within the last few years found that nearly 50% of children referred to the University of Louisville Sleep Center were obese. Whereas this number was significantly lower two decades ago at around 15%. These statistics suggest that children who are overweight can have a significantly increased risk of developing OSA. As in adulthood, weight loss can have a profound effect on reducing symptoms of sleep apnea.

There are many detrimental and potential long term effects on a child suffering from obstructive sleep apnea. Namely pediatric sleep apnea can delay growth in children as well as present cardiovascular problems with age. Children require much more sleep than adults and therefore devote most of their sleep to REM cycles. It is within the REM cycle that the body experiences more restorative periods of sleep. The fragmented sleep caused by OSA reduces these periods, therefore presenting these physical conditions.

From a behavioral standpoint, it is estimated that 25% of children diagnosed with attention deficit disorder have symptoms of obstructive sleep apnea. Habitual broken sleep patterns caused by OSA correlate to the behavior and learning challenges that face these children. OSA may even be the undiagnosed condition a child is suffering from but has been masked by a diagnosis of ADHD.

Pediatric sleep apnea can be a frightening condition for any parent. The typical stereotype for sleep apnea of a middle-aged overweight male all too often leads to misdiagnoses in children who do suffer from sleep apnea. If you suspect that your child may have the symptoms related to OSA it is imperative to seek medical advice to prevent the toll that can be taken on a young child’s development, learning, and social abilities.